In today’s ever-changing social climate, what is it legal to buy and where?

I grabbed this definition from Google’s dictionary. So, it seems to me that in order to be considered paraphernalia it has to be integral, necessary or at least useful in regard to the activity undertaken. So, that brings us back to the original question, “can you buy marijuana paraphernalia online?” and the answer is complicated. I think to fully answer the question we need to first understand exactly what makes a particular tool paraphernalia.

This is what has always made this whole issue so murky for me. It seems to me that a lighter could be considered paraphernalia. There are plenty of illicit drugs out there that require combustion of one form or another in their particular delivery system.

But there are way more people out there carrying lighters so they can light the government taxed tobacco cigarettes they bought at the store. So I guess lighters 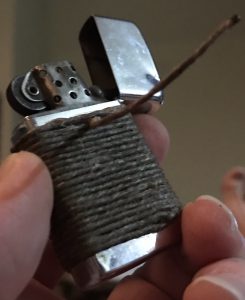 are common enough for legal activity that it’s not even worth lighters being considered as evidence of criminal intent.

Pocket lighters are used for a myriad of other purposes such as camping, candles, getting rid of nose hair, etc.

When I decided to start selling lighters, I never considered whether they might be paraphernalia simply because you can buy them anywhere. They don’t sell anything bad at Wal-Mart do they? Ya, okay.

When I was a kid I wasn’t really around any pipe smokers or weed smokers. The only thing I knew about pipes was how sweet and aromatic they were when they were lit. The smell seemed to fill the entire room. I remember smoking cigarette tobacco out of corncob pipes with my friends when we were teenagers.

An empty aluminum soda can, crushed in slightly with a small puncture can be a very serviceable pipe. Same goes for a piece of fruit that’s carved out or a drilled carrot would last forever. Anyhow, once a person smokes illegal drugs out of them, they are paraphernalia.

And the papers. When was the last time you saw someone roll their own tobacco cigarette? You probably never have, maybe never will. But if you have friends who live in a state where cannabis is legal, then it’s possible they use those papers bought at CVS to administer their medicine.

But if a person in a THC illegal state commits the same action then the papers are paraphernalia. It’s all about the laws where you live, your intent and of course, the authorities’ willingness to enforce laws that they may or may not personally agree with.

Vaporizers make things really confusing. It is possible to carry a device which is capable of vaporizing nicotine ejuice and cannabis oil. It’s as simple as unthreading a cartridge and screwing another one on.

Hell, there’s nothing keeping a person from mixing cannabis oil into their nicotine juice. That makes me think about the last trip I took to my local head shop.

Keep in mind I live in a state where THC is illegal. There is no medical or recreational marijuana.

internet of products being sold in states where cannabis is legal. They had hash wax made from hemp. They had CBD oil made from hemp that was marketed as a nicotine ejuice additive.

I don’t think a vaporizer could be considered paraphernalia these days any more than a lighter could. And to further complicate matters, how are they going to determine if you have used it for illegal purposes? Well, if there’s residue in the vaporizer and THC in your system…but how do they measure the THC in your system?

A simple Google search will clear that up, huh? No, not so much. There is no reliable test to determine how “high” a person is from THC.

Once again, I’ve seen weed hidden in places where you remove weed from the situation and there’s absolutely no way there’s paraphernalia. Anything with a secret compartment could be paraphernalia if it is concealing marijuana in an illegal state. Obviously, my perspective is from the United States. That’s what makes it worse, other countries have different regulations than the US and the United States can’t even agree amongst ourselves or our federal government.

There are still states where retailers and distributors are made to jump through hoops to get products on the shelf by arcane laws restricting alcohol percentages and the condition they are allowed to be sold in.

Let’s hope we find a little better uniformity on cannabis than we did on the liquor laws. It’s an odd position to find yourself. I live in a state where cannabis is illegal. The federal government says cannabis is illegal. I’m all for state’s rights but what if my state is afraid to ignore federal law? 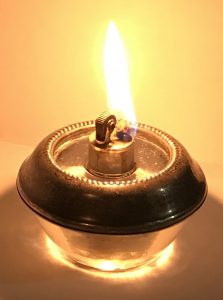 Seem More Complicated Than It Needs to Be?

None of it makes any logical sense. I sell vintage collectible lighters and I have a Twitter account for that purpose. At least four times in the last month, I have received a direct message from someone offering to sell me marijuana or marijuana and pills. They don’t know anything about me and they are not even worried about that.

Sometimes I think we get comfortable and then when we face resistance we tend to accept things we should not accept because we don’t want to lose all the things that make us comfortable. The whole while, growing more and more uncomfortable.

Regardless, I don’t think there’s any way any of the products that you’re able purchase legally on Amazon can be considered paraphernalia.

At least until you intend to use them for illegal purposes…

Please email, text or leave your comments below

2 thoughts on “Can You Buy Marijuana Paraphernalia Online? The Short and Long of It”