There seems to be a number of Ebay buyers willing to employ questionable tactics, post-purchase, to attempt to gain a full or partial refund by fraudulent means. Successful Ebay Sellers need to be aware of and take steps to prevent these tactics.

There Is Always One

Anyone who’s ever worked retail can tell you: every store has difficult customers. Sometimes they are always difficult. Sometimes their difficulty is startling, like having the shit scared out of you at a horror movie compared with their normal, sedate self. 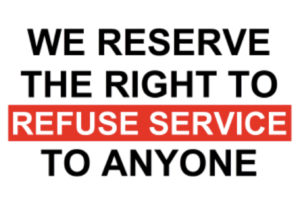 Doesn’t matter, either way or somewhere between, the truth is plain: if you got customers, some of them are bound to be difficult. And on Ebay, you can’t really refuse service unless you’ve blocked a buyer beforehand. This article is about difficult customers and I am going to address two messages that I received from customers on Ebay who had already made a purchase from me.

If you are one of DependableFlame’s kind, loyal customers, please know we appreciate you and know that the examples of correspondence referenced herein by no means reflect on the vast majority of our customers, buyers or browsers. They are merely used here for instructional purposes in hopes that their inclusion might prevent some heartache to a reader or two along the way.

“You Jammed It In His Head So Hard…”

My first example was a customer who bought a very old Art Metal Works Bulldog Striker Lighter. This customer’s profile sent up a red flag from the moment they made the purchase because I noticed their feedback count said (PRIVATE) and indeed no feedback was displayed beneath their profile. 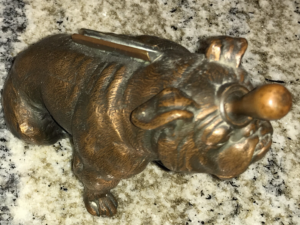 I was a little worried when it took them almost 24 hours to pay, another red flag. This isn’t wildly uncommon among my customers but most of my customers pay within minutes of purchasing the item. Experience has taught me the longer they take to pay, the more likely they will not pay but this customer paid and I got the lighter packaged and shipped that afternoon. That was Friday.

Early Monday evening, a message from the buyer hit my inbox.

“Got the lighter in and you shoved the wand in so hard in his head it’s most the way in and stretched out the hole it took a pair of pliers to get it out… What were you thinking???”

I don’t know about you but I don’t like getting these kinds of messages from a buyer but more on that in a moment. I’m going to introduce you to our second example before addressing my response to both buyers together so I can explain why I answered them the way I did.

This customer had purchased an antique Sampson Mordan Co. 18ct Gold Cigar Piercer. Very old and not cheap. I was asking $999 and the buyer offered $601. I took it in a heartbeat. Everything seemed fine, the customer paid quickly, I shipped the item and about 10 days later I got this message.

I received the item and I am a little disappointed in the heft/weight. It doesn’t feel like something that should have cost $600 or anywhere close to that number. Perhaps I am missing something – are the value of these pieces substantiated elsewhere? I guess I mistakenly assumed that I’d be able to feel the weight of the 18 Carat gold – but it just doesn’t feel heavy/solid.”

Well, crap. He really sounded disappointed, didn’t he? I never want to leave a customer disappointed but as I read his message, I can’t discern exactly what he is asking me. Or if I can, what he wants me to do about it. He certainly didn’t address that.

Every Customer Should Be Happy With Their Purchase

As a baseline for customer service I want every customer to be happy with their purchase. Period. That does not mean that I need to give them a better deal once they have the purchased item in their hands 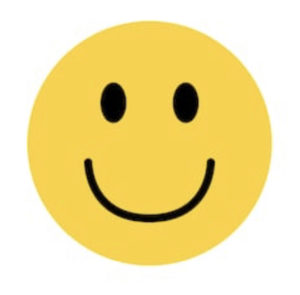 It is very important to read what the customer is saying and how they are asking you to rectify the situation. And that is were I believe these buyers betray their true motives. I responded to the gold cigar piercer guy with this message.

“Hello, the 18k Gold is substantiated by the hallmarks on the piece. That it is gold and antique informs its value. The listing description listed the weight at approximately .40 ounces. Thank you and I hope this helps”

This customer basically messaged to question the price they freely offered and paid and to cast some kind of doubt on the weight of the item. He never asked for a refund although I felt that’s what he was angling for.

The message from the Bulldog Striker Lighter buyer was kind of comical to me if it weren’t for possibly losing the money from the sell. This lighter was made of copper covered brass and packaged properly, there is no way in hell the hole was “stretched out.” Anyway, here’s the message I sent back.

“I would like for you to be happy with your purchase but I’m not sure what you are asking me. I packaged the lighter in a safe and proper manner, if it was damaged in transit then a claim can be filed for the insurance included with the Priority Mail. You will need all of the original contents and packaging to file an insurance claim. Do you have photos of the damage? Thank you”

Again, this customer also did not ask for a refund but seems to be angling in that direction. The most important thing you can do is address their stated concern without offering anything on your end they haven’t asked for.

Trust Your Gut But Hedge Your Bets

In both of these cases, I tried to construct my response so that if the customer sincerely had a concern, I would be able to address it. In other words, you don’t want to call a customer a liar. 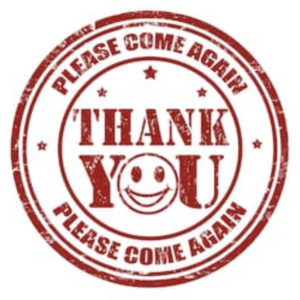 Personally, I think the guy that bought the Bulldog Striker probably uses these kinds of tactics all the time, that’s why he turned his feedback to (PRIVATE) so no one can see a heads-up left by a burned seller, even though the feedback can technically only be positive.

By asking if they have pictures of the damage to the Bulldog, I am giving them a solution if they have a legitimate problem. The cigar piercer seemed like best case scenario was buyer’s regret, so not much I could do there.

The scale handed buyer of the cigar piercer, it being such an expensive item, made me a little more nervous. Then I thought, who spends $600 on something that they have no earthly idea the value of?

I didn’t hear back from either buyer.

Please leave any comments or questions below.