Everyone seems to agree, we have a problem in American society 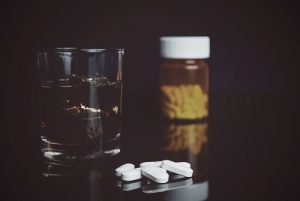 with opioids. Statistics should warrant the same concern over alcoholism. Yet, the government continues to treat cannabis with the same lies and tired fairy-tale arguments that have kept so many in the dark on this issue for so long. Marijuana was never the problem but it might very well be the answer for many.

No One Wants To Be A Druggie.

Growing up in America in the 1970s and ’80s, if we learned only one thing it was that drugs were bad. There was Reefer Madness, then cocaine and crack and free-basing and all this scary stuff happening in dark alleys and the War on Drugs. There really was no delineation back then. Cannabis, weed, marijuana, whatever you want to call it was thrown right on in there under the heading 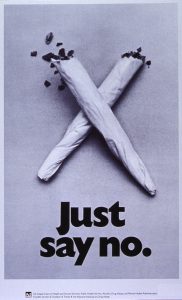 of DOPE with heroin, cocaine and all these life-destroying, “illicit” drugs. I feel very naive today that I accepted those lies at face value and I feel foolish that I continued to accept them for so long. Opioid addiction and alcoholism are serious, man-made problems that could be helped by the legalization and decriminalization of cannabis and proper focus and blame placed on the appropriate source.

An observation I believe warrants further discussion is the behavior exhibited by cannabis users overall compared to various subgroups such as cannabis use with and without alcohol, w/ & w/o meth, heroin, etc. I see “news” articles all the time that point out data concerning marijuana use that, at best, paint an incomplete and confusing picture.

For instance, there was an article in my local paper recently where the headline seemed to indicate that since the state legalized recreational marijuana, Colorado’s emergency rooms have been overwhelmed by patients seeking treatment for a bad marijuana experience. This is just dumb! If you over-do it on weed, you don’t need to go to the ER, you need to find a corner to curl up in for a bit. You’re not going to overdose on marijuana, give it a couple hours and you’ll be alright.

But mix cannabis with alcohol or any other mood altering substance and all bets are off. 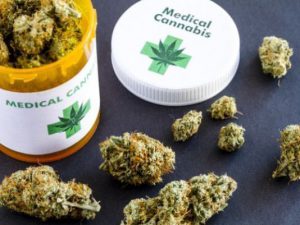 All this negativity about the cannabis plant in the U.S. seems to have sprung from events that occurred in the 1930s which may or may not have involved some very rich and powerful figures in American history. Men with names like Dupont, Mellon and Hearst.

Their involvement or motivations at the time are of no account to us today. Whomever is to blame, the last 80 yrs happened and can’t be undone.

The tragedy is that while folks are out there dying from prescription drug addiction and alcohol is reeking havoc on our national health, there are still plenty of lawmakers, businessmen and medical professionals willing to spout the same lies about cannabis.

Everyone Wants Their Piece of the Pie. 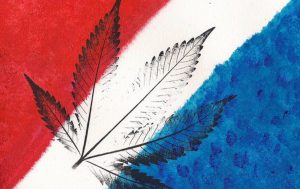 With public approval for both medical and recreational marijuana at all-time highs, some state lawmakers have shifted tactics. Faced with imminent legalization, they seek to defend there interests by gutting laws before they’re even put to a vote of the people or pushing preemptive legislation that would benefit few.

And on the federal level we have an Attorney General who acts like cannabis is a scourge, the likes of which has never been seen and it calls itself recreational weed. It will be very interesting to see, as time goes on here, how the federal government’s treatment of cannabis develops. We already have over half the states with some form of legal cannabis. It should become more difficult for the federal government to take a hard line on cannabis as more states legalize and decriminalize the plant.

Should, however, is not a certainty.

Making Bandits Out of the Afflicted. 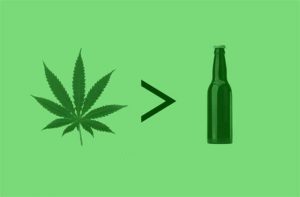 “What kind of world do we live in

when you can’t be forgiven for the shape that you’re in?”

They talk about the dangers of weed as a gateway drug. Hell, life is a gateway drug. What about the people who have blown through that gateway? For some, it was society that sold them the taxable liquor or prescribed them the chemicals that addicted them, why not offer them a better quality of life if there’s one available? Weed does not destroy lives, it just doesn’t.

How Does A Responsible Society Treat Cannabis? 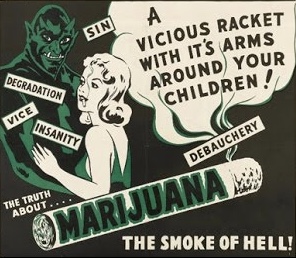 How ironic would it be, if cannabis was made illegal to pave the way for Dupont’s chemical nylon technology only to have chemical addiction through accepted prescription medicine practices lay waste to our society and the law not allow citizens to treat it with that same organic plant that never hurt anybody in the first place? Weed has really gotten a bad rap over the last 80 or so yrs.

Just a few things the uninitiated in society should be aware of:

Please join the discussion in the comments below. Also, you can email, text or call anytime.

10 thoughts on “Opioid Addiction and Alcoholism Vs the Pothead Problem”