Once a minor curiosity, Huntington’s Disease has consumed my life for the last seven yrs.

Ignorance Is Bliss, I Suppose

I remember learning about Woody Guthrie when I was a child in school. He wrote “This Land is Your Land” and he died due to complications from Huntington’s Disease. That was about all I really knew about him or Huntington’s Disease(HD) for the longest time.

I am also a Bob Dylan fan, have been my whole life. When I was a young man, once I’d heard all his music, I read every Dylan biography I could get my hands on. Woody Guthrie was a huge influence on Bob Dylan.

I remember reading in one biography how Woody Guthrie was hospitalized in New York and Dylan used to go to the hospital and visit he and his family. The biographer(I think his name was Robert Sheldon) talked about Woody being diagnosed with HD and how he had been misdiagnosed, in and out of mental asylums for close to 15 yrs before the doctors got it right.

I was 21 yrs old when I read that. I thought about it every now and then but it was just like any other piece of trivia I picked up along the way. It really didn’t mean anything to me personally.

I don’t remember the month but I do know the yr was 2010. That is when my father was diagnosed with Huntington’s Disease. If I wasn’t immediately overwhelmed, it all started to pile up pretty quick.

It was horrible news and devastating to consider not only how this horrible disease was effecting my dad then but the impact HD would have on him as it progressed. I learned that choking is very common among those suffering from Huntington’s. My dad required the Heimlich maneuver at least twice in the last few yrs of his life.

I learned at a certain point that my dad did not communicate with me the same way he always had and it was pointless to argue with him. I was crying writing that last sentence and now I’m laughing thinking about the next one. That’s because he loved to argue but we couldn’t do that anymore.

It was very difficult to come to terms with and that was only complicated by something else we learned when my dad was diagnosed but have not yet discussed in this article.

So, I’d been aware of Huntington’s Disease most of my life and had an idea at least of some of the symptoms that Woody Guthrie was reported to have suffered but I had no idea there was a genetic component to the disease. Upon my dad’s diagnosis, I was told that meant I had a 50/50 chance of having the disease myself.

I was also told that if I had HD, each of my kids would have the same 50/50 chance and that my grandchildren would have the same chance if my children had it. I learned that it could be passed from generation to generation in perpetuity and that in most families that I have come in contact with, Huntington’s Disease has done exactly that.

As I said, this didn’t help as we tried to come to terms with what was happening to my father. I only have one sibling and it was pretty common for conversations between us to end in tears. It was just so much to wrap your head around and I thank God we’ve both been tested now and neither of us have it.

Did the Rules Change?

We got to talking after getting the test results and discovered we may have been operating off incorrect information since my dad’s diagnosis. I still don’t know exactly what the answer is. 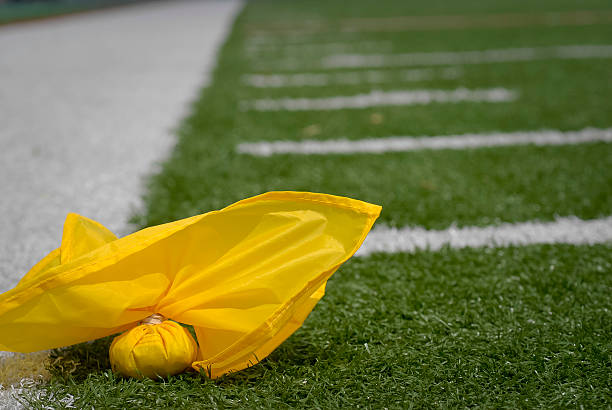 When my dad was first diagnosed, we were told that the genetic element was absolute. In other words, if a person did not have the disease then HD could not be passed to their children.

But the test results seem to indicate that there are a range of CAG repeat numbers where the parent could be asymptomatic and yet pass the full-blown disease on to
their children. That is one of the things that has frustrated me about Huntington’s Disease and the research that is being done.

I just can’t shake the feeling that there is something going on in the research where a variable is at play that has not been identified or possibly even accounted for yet, that with the proper research could end the damage done by this horrible disease sooner rather than later.

We live at a tremendous time in history with technology building on itself and magnifying its benefits. We’ve seen problems that used to take yrs to resolve be dealt with swiftly when the right interests get behind the cause.

Huntington’s Disease is not as sexy as other diseases. I don’t say that to impugn 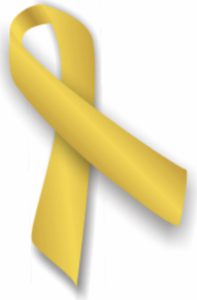 other causes and I pray no one takes it that way. I only mean to say we all know many people, probably from our own family, people we all love and care about whom have died of some form of cancer. Heart disease runs in a lot of families and gets a lot of attention but because Huntington’s Disease is pretty rare the advances in treatment have stalled.

(As I read this on July 21, 2021, it occurs to me that the ugly or embarrassing nature of Huntington’s Disease and its symptoms are also to blame because many families refuse to talk about the disease even with those in their own family who are at risk and very likely will pass it on if they have children.)

Where more popularly researched diseases seem to constantly be making strides toward better, more efficient and new, groundbreaking treatments; the treatment for Huntington’s Disease that my father received was not much different from in Woody Guthrie’s time.

I don’t blame anybody for that. But I have decided that I’ll never earn another dollar that a portion of it does not go to Huntington’s Disease awareness and research. At least until we find a cure…

Check Out My Lighters

I started this website to promote the lighters I sell on EBay. 10% of all our EBay listings benefit HDSA-HUNTINGTON’S DISEASE SOCIETY OF AMERICA

We also have a new feature auction every ten days where 100% goes to HDSA.

I know way more about HD now than I wish I did. When I got my test results, I thanked God in Jesus’ name. I was so thankful for my progeny, that my son and my daughter and my grandson and any future grandchildren would never have to worry about that horrible disease effecting their health or the health of their children.

But I still can’t make sense of it.

I would love to discuss Huntington’s Disease at the bottom of the page, so please leave your comments and questions.

6 thoughts on “What is Huntington’s Disease? Everything I Knew & Some of What I Know”