A new cigarette lighter collector and viewer on our YouTube channel, Travis Watson, asked in the comments of a recent video if I would do another “about brands or types of lighters that would be a good starting point for a beginning collector?” This article is my initial endeavor to answer the question and provide background information for the video to follow.

Let’s start with our assumptions about the prospective pool of lighters from which we have to choose.

An honest effort at collecting Park Industries lighters could be every bit as impressive as any Zippo collection you might run into. While one can find examples of Park lighters to rival similar Zippos in many categories including embellishments and precious metals, the price you’ll likely

pay will stand in stark contrast. While Park Industries began manufacturing cigarette lighters nearly thirty yrs before the Zippo Manufacturing Co., the company not having made a petrol lighter in forty some yrs now has definitely hurt their following.

The Storm King brand was also manufactured by Park Industries which will allow the collector to broaden their Park collection to an even greater extent. I have a collection of Park that includes several etched and enamel painted examples as well as some aluminum anodized image Parks fitting other themes I collect. I have come by all of my Park lighters at very reasonable prices, a fete that would not have been near as likely with a comparable group of Zippos.

There may be some design flaws that would affect the function of Park lighters over time, including the brute force flat spring provided for the tension on the hinge. It’s not the most viable design I’ve ever seen as one can find plenty of old Parks with over-bitten hinges.

There are quite an array of aluminum block petrol lighters available on the market and many can be purchased for little to nothing. Some folks

like to collect themes, some brands and even others go for a particular style or mechanism. A collector can do all of that without ever leaving the realm of aluminum block lighters as brands seem countless and non-branded are even more plentiful.

Many are of the roller lighter variety but little, disk type file wheels are common as well. It is always interesting to find little nuances and variations on established designs and the “garage workshop” nature of many unmarked examples make these lighters great exploration pieces built by countless unknown designers.

Well-marked aluminum block lighters are not the norm which makes it all the more thrilling to discover one that is, like the SHARPO made by Josephson & Sharp of Glendale, California. The AERO-LITE out of Wichita, Kansas is another aluminum lighter that deserves collections to be built around it.

Japanese Made Copies Of Recognized Designs

Everyone knows my love for Japanese roller lighters, especially the Penguin Cygnus. But I don’t really need more competition in bidding on and acquiring them so we’ll focus on the multitude of Japanese manufactured lighters that are similar or flat copies of other, more expensive brands’ designs.

Nash was a Japanese brand that made Ronson Standard type clones with enamel and engine turning similar to some basic Ronson embellishments. Most of the lighters discussed in this article are on the simpler side of repair and maintenance. Semi-automatic Ronson type mechanisms like the Nash may seem a little more difficult at first but once a beginner understands the basics of the mechanism, there’s really not much to repairing them. This is about the only real impediment to repair for beginners among the different lighters we cover in this article.

Penguin, Vulcan, Konwal and Idealine are just a few of the brands that pumped out solid(even if the quality is not quite up to American made standards) flip-top petrol lighters featuring advertising or any number of interests or other themes. The paint is the thing to watch for when it comes to these inexpensive gems. If the paint is still intact, they will display beautifully and be a valued part of your collection but I would be careful not to try to carry old, painted Japanese lighters in a pocket as the paint is often thinner than you would expect from a more sturdily built, quality lighter.

I can understand a man not wanting to identify himself with a product that is intended for a woman. I carry a tactical utility bag with me everywhere I go and I would be lost without it but I have to say, it is absolutely not a purse!

Slim Zippo lighters may have initially been designed for women but I see their appeal going far beyond that today and even more so moving into the future. Slims are very handy to carry and may even be a better fit in the hand for some than a full-size Zippo.

Awesome artwork is often under-valued on Slims and there are even some embellishments that were only available on a Slim. I look at Ebay listings for Zippo Slims pretty often and see them sell regularly at prices that collectors should be paying attention to. The majority of my buying is based on my ability to sell the lighter at a certain margin. I am not primarily a collector but I’ve bought and sold plenty of Slims over the yrs and kicked myself for plenty of others I didn’t buy, including a few that would have fit nicely into my collection.

Everyone in the vintage cigarette lighter collecting hobby has heard of Arthur Dubsky. He may be the most well-known lighter inventor in history, certainly one of them alongside Louis Aronson and a handful of others. Champ Austria was mainly known for flip-top petrol lighters which display and work very nicely along with their Zippo and Park brethren.

Dubsky also had other designs, including the CHAMP-O-MATIC sold by the same brand and many otherwise branded designs but my point here is that CHAMP Austria lighters are very collectible, both as a cheaper alternative to Zippo and for their relative affordability in regard to the renown of the inventor.

CHAMP made synthetic wrapped models that catch the eye every bit as readily as a leather wrapped Zippo. Advertising models seem rare(though I do recall owning a Heineken beer advertiser adorned on its wrap) but sports series enamel painted examples appear maybe a little more often than similar Park lighters.

Let’s Hear From You

Please leave any feedback, comments or questions you have in the section below this or any other article at DependableFlame.com. 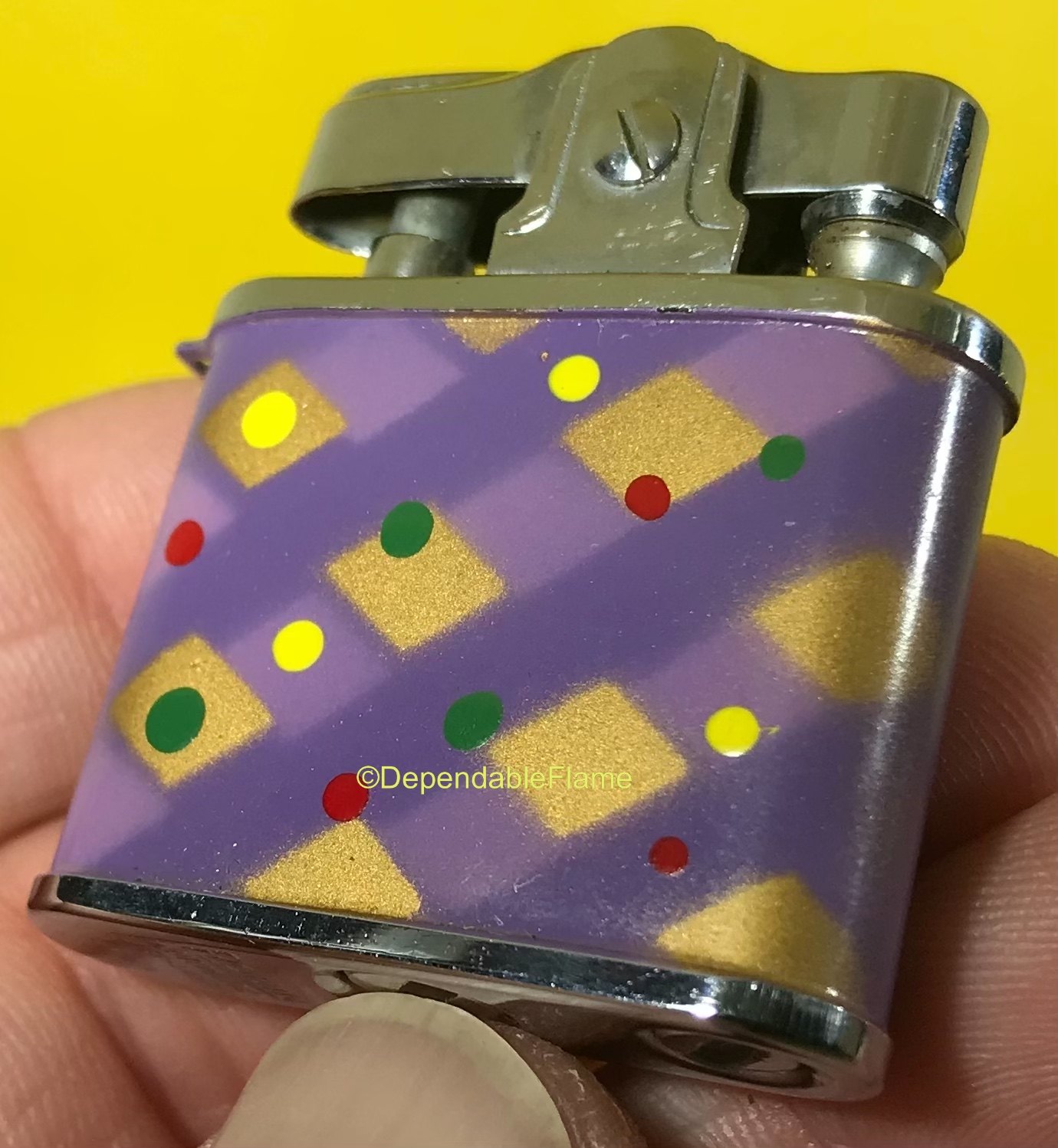 Please subscribe to our YouTube channel and tell all your friends about the good times we’re having working on old cigarette lighters.
Check out our Current Ebay Listings page as there are plenty of lighters I would like to sell.
I am also currently adjusting and reevaluating my order of priorities, so expect a few changes and please let me hear your two cents and advice.
Thanks to Mr. Watson for the idea for this article. I’m always looking for better ideas for articles.