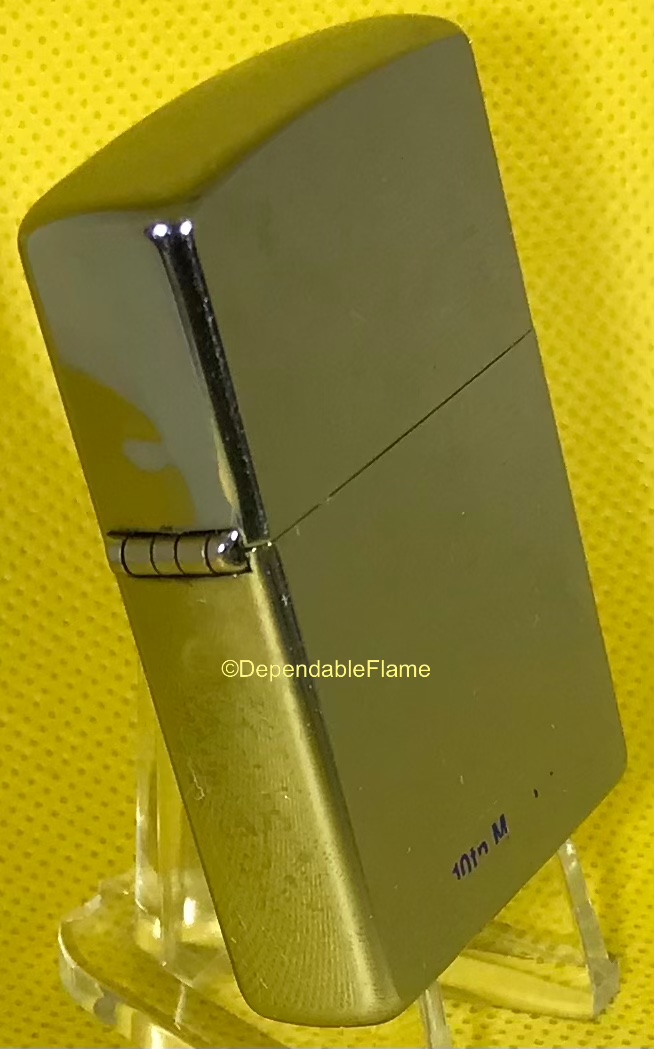 Today’s article will be the first in a series of reviews on specific make and models of vintage petrol lighters. While I’m kicking it off with the most popular brand and lighter setup in the world, do not take this as a sign of things to come, simply that it was forefront in my mind. Future reviews won’t be so conspicuous, yet if the Lord Jesus gives me time I hope to cover them all eventually!✌️

The first thing a lighter needs to be(besides of course a dependable fire maker) is cool. Oh sure, it’ll still get the job done if it’s ugly or plain or even confusing but an attention grabber or head turner will do more for you than light up a joint, it’s like putting style points in your pocket. It’s the reason I refuse to carry a plastic lighter: no one looks cool using a Bic! 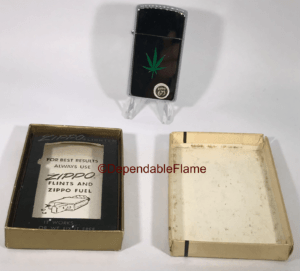 While one could label certain Zippos as plain(and I have been guilty myself) the brand is nonetheless iconic and in many folk’s minds synonymous with the word “lighter” itself! So while a Zippo may be plain, think more like “plain and simple” than drab and routine.

Perhaps we’ve all romanticized the click, profile and action of a Zippo through our exposure to Hollywood movies. Whatever the case, the otherwise plain looking rectangular chunk of metal has taken on a personality of its own. If you don’t believe me, just ask any Zippo collector.

The genius of the idea for the lighter is solid, whether credit goes rightly to Mr. Blaisedale or an Austrian inventor, I can not say. What I believe a certainty is we don’t see the same creativity at play in the rudimentary means by which a spark is achieved as is apparent in the multitudes of semi and automatic mechanisms that adorn many even much older lighters. To improve upon the Orlik with a lid is notable but not exceptional. 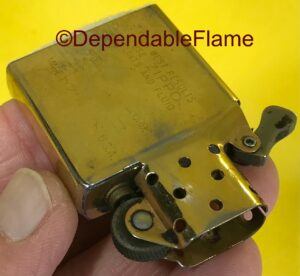 The lid provides an easily maneuvered means of snuffing but does little to stave off fuel evaporation. The insert style mechanism isn’t really a mechanism so much as a set of tools akin to rubbing two sticks together. Even a lighter that many people like to call a Zippo knock-off, the CHAMP that was made in Austria have the creativity of a convertible windscreen.

On the other hand, the insert removal allows for a much more accessible and more easily fueled(and more evaporative) lighter than the closed tank style system of most automatics. I wouldn’t have any problem saying however that the overall package and performance of a Zippo exceed the sum of its individual components.

Zippo lighters always have been and still are at the top of the list when it comes to efficiency and ease of ignition. The flip-top lid and file wheel are easily manipulated without the use of two hands. 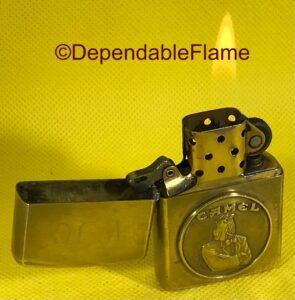 It is aptly named as the old “fan test” challenged its windproof claim but I would not assert that it’ll light just any old joint or spliff. To clarify, I’m saying Zippos light very well and dependably. They also stay lit in the wind just as the old promotion said they would. Lighting a commercially produced tobacco cigarette is pretty easy, requiring only the wisp of an inhale while merely brushing up against a flame.

But certain medical products need consistent exposure to a flame for much longer periods of time to get good and lit. Zippo takes a big hit in this category(for what I use them for) as the Oklahoma wind renders them virtually useless(again, for my purposes) anytime it’s over about ten miles per hour and I don’t have an extra hand to steady or choral the flame.

The issue of fuel evaporation inherent in the Zippo design must also be noted. While I’ve learned to live with it, some people just can’t get over it. There are no seals, the insert simply fits snugly inside the case, allowing fuel to evaporate around the edges as well as the wick chimney which has no true snuffer.

While there may have been some painted finish lighters, the majority of Zippos up until at least the 1980s were brushed and high polish chrome(two exceptions I can think of are the black crackle and refrigerator motif). During war times, other base metals like steel and nickel silver were used but typically Zippos were and still are chrome plated brass which makes for a study enough lighter. Zippos have also been silver plated, made from solid brass, copper, titanium, sterling, gold filled and even solid gold. 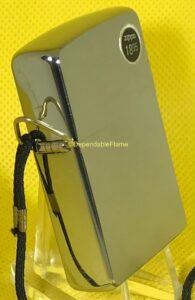 The purpose of this article is to review vintage or old Zippo lighters but I just want to note the company has several current processes to embellish the finish of a lighter that give them way more versatility in applying images to a lighter. The 540 Color Process Virgin River Zion V.2 may be the most beautiful lighter I’ve ever owned.

(Overall Grade Factoring In All Of The Above)

No one is going to deny the cultural significance or nostalgic cool factor that comes with a Zippo. It may be somewhat simple by design but for many uses it is simply effective. More creativity could have been employed but the lighter has nothing in the way that you don’t need either. The variety of finishes and embellishments produced allow for the collection of various themes, processes and styles 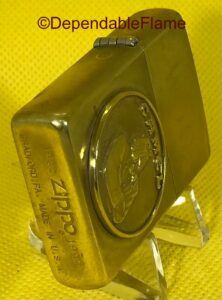 All the above are pluses for a lighter that needs no champion and yet I find myself giving it a grade of about two and a half points.

I give it a full point in the Aesthetic Appeal category based off its place in the American history of war in the twentieth century. Enough said on that and there are enough black crackles out there that there’s no reason a collector who wants one shouldn’t be able to figure out a way to own one.

For Imagination Of Mechanism I give a half point for the lid design but as noted earlier, the lid is also responsible for some of the evaporation. I also believe the basic design to have been co-opted.

The Ease Of Use/Functionality category are a complete whiff for me as mentioned earlier. It can’t be used one-handed in the Oklahoma wind to light certain combustibles. I hate to be so harsh but I don’t smoke tobacco cigarettes. 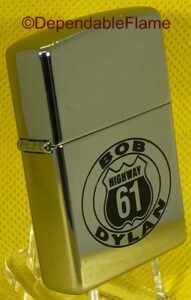 I enthusiastically give a full point in the Embellishment/Materials/Finishes category though. There’s enough variety provided by the different lighters produced to keep ambitious collectors busy focusing on only a small portion of the entire historical catalog.

Please leave any comments, opinions or questions you may have at the bottom of this or any other article at DependableFlame.com. You can visit our Ebay Store where 10% of every listing benefits Huntington’s Disease Society Of America and 100% of our penny start auctions go to the charity. Be sure to check out our YouTube channel and tell all your friends vintage lighters are where it’s at!✌️