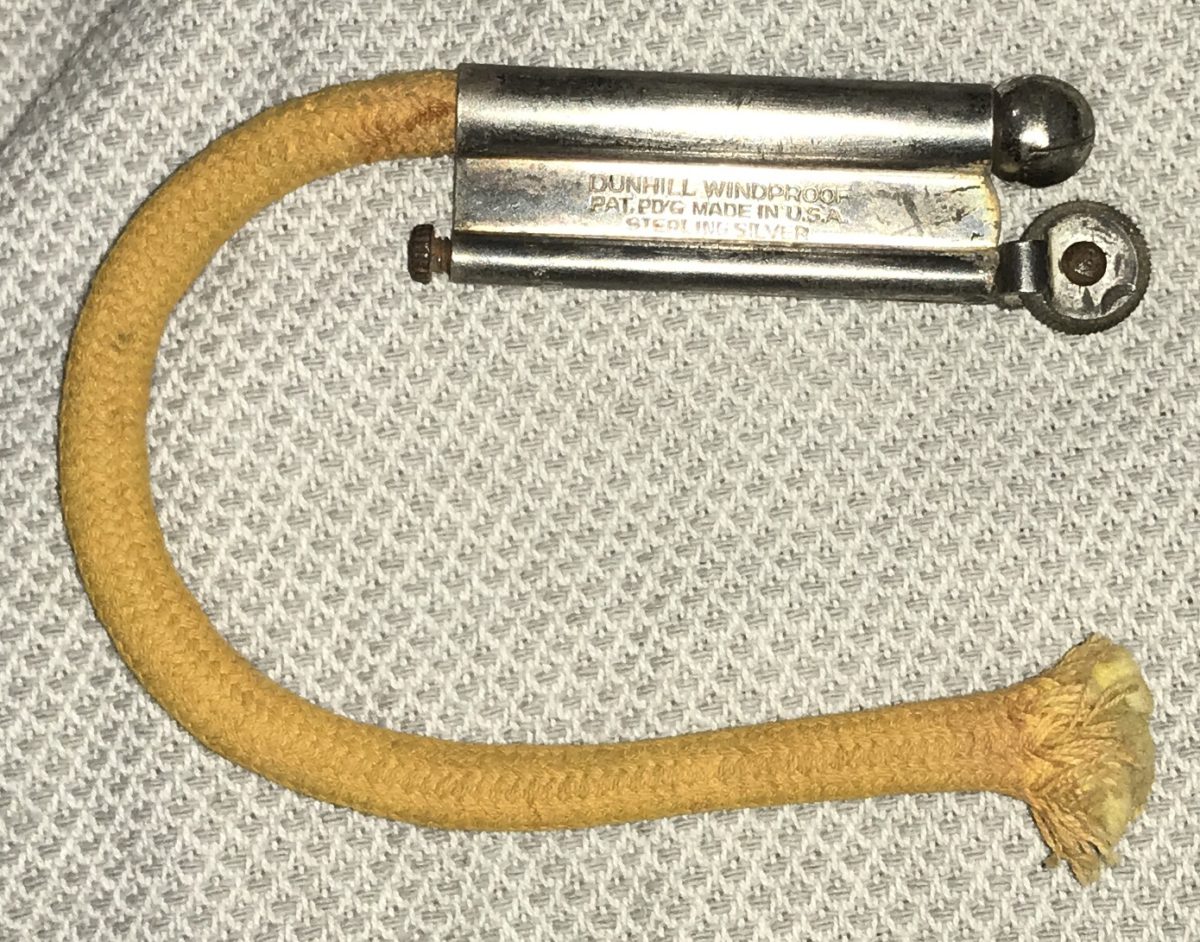 This vintage trench lighter will combust your joint without you ever having to worry about the fuel evaporating into oblivion.

At first glance, the Dunhill Windproof Lighter may look familiar in that it has similar or even identical features to other trench or petrol lighters of its day, while at the same time having one very obvious difference, that long-ass orange rope sticking out the bottom.

It’s funny because until I laid hands on one of my own and began to research this particular Dunhill lighter and its function, I always assumed that long orange rope was at least damp with petrol fluid. I know that petrol isn’t particularly volatile but that long rope dangling down beneath where the sparks come out certainly looked dangerous to me.

That is not the case. It is apparently impregnated with a chemical that aids in the embers’ catching but the rope never proceeds to flame. So, the fuel source is different but it is still pretty cool to pull this lighter out of the box after so long and it fire up without the need to refuel. Can you imagine if a Zippo retained its fuel like that?

A Glimpse Into Olden Times 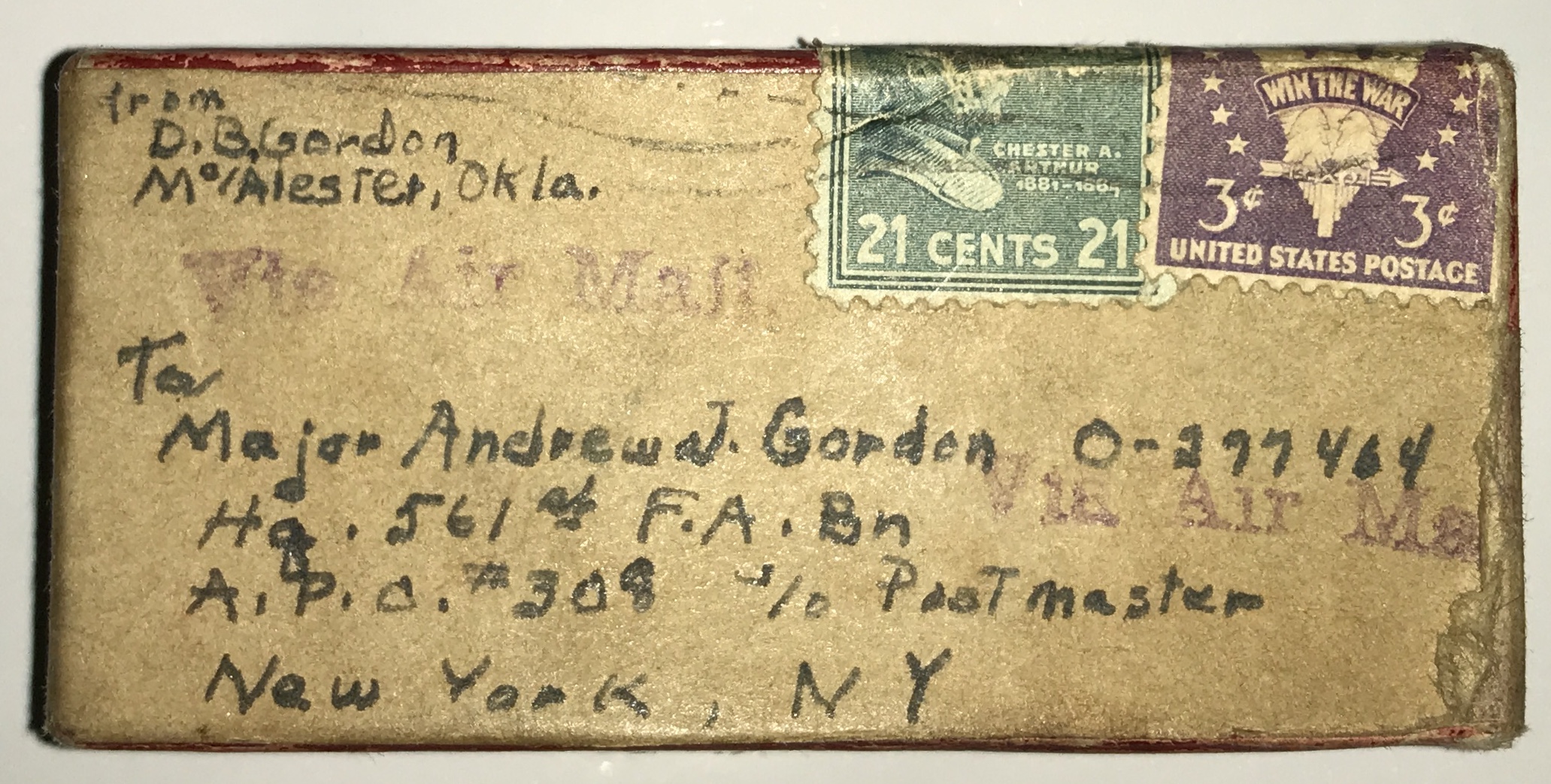 The box contained the original instruction paperwork, the lighter with fusee installed and an extra fusee(or rope, I’m not sure if these words are exactly interchangeable.) I wish I could peel that brown paper off and salvage the finish of the original box but there’s no way to remove it without causing further damage to the box. The black bottom and red top box pattern match those of the period to which the mailing label lends provenance.

The return address was pretty basic considering this was well before the development of the zip code system, consisting only of a name in McAlester, Oklahoma. The destination address, while it says New York, was actually to a major at an APO(army post office) overseas military base address. My guess would be the lighter was mailed to the major who used it in service and I certainly hope he returned home with his lighter(I did a Google search and could find no mention of this major. Any light that a reader could shed on the subject would be much appreciated, just leave your comments at the bottom of the page.)

The condition of the box is not great, so I don’t believe it will make much difference in the value of this lighter but the stamps and addresses providing background to the Dunhill Windproof Lighter’s place in history is pretty cool and provides evidence of its authenticity.

How Does It Work?

Have you ever started a fire? I’m not talking about an accident where you threw a cigarette butt out the window and caught half the county on fire or that you are able to turn on a stove, furnace or any other device designed to produce flame. Rather, a circumstance you found yourself in where for warmth or cooking or whatever, a fire was necessary and you were able to produce one with your bare hands and raw materials without “cheating” and using a lighter or pouring gasoline on the campfire, say. 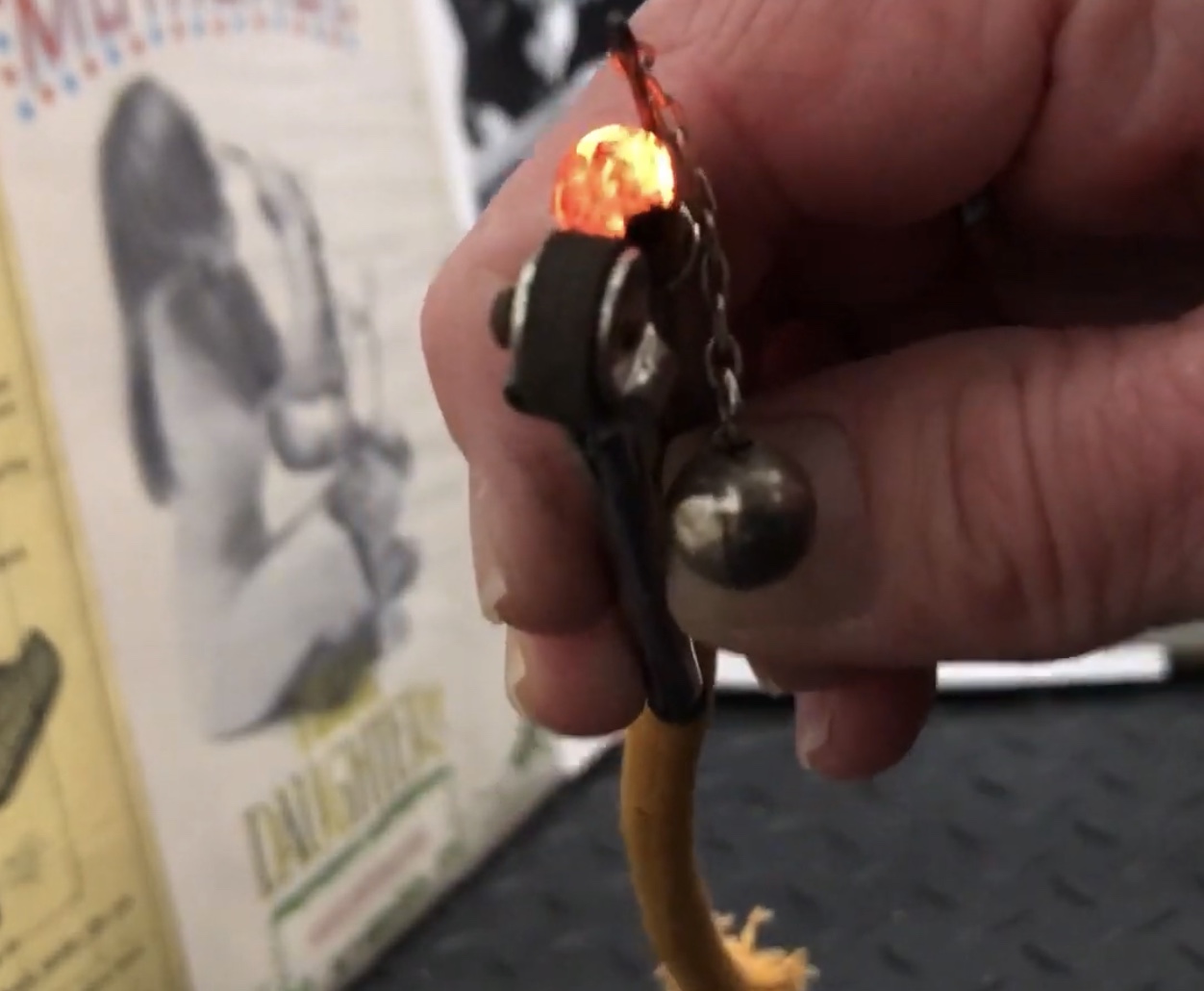 If you have started a fire from scratch, then you’ll understand what to do in order to make the Dunhill Windproof Lighter function properly. Lighting this lighter is the same basic function as lighting kindling and fanning the embers to start a campfire but I don’t think that rope will produce a flame no matter how hard you stoke it.

That being the case, I still find the “windproof” moniker interesting as the wind will actually aid this lighter’s function by stoking the embers for the smoker who could then just inhale and light his smoke.

To Flame Or Not To Flame

A short list of bullet points both for the pro and the con to provide context to the Dunhill Windproof Lighter’s versatility or lack there of.

What Are You Waiting For? Get On Board!

We are always looking for lighters to repair and to tell stories about. If you have a vintage petrol lighter in need of repair, leave a comment at the bottom of the page or send an email. Most petrol lighter repairs are minor and very simple. In many cases, I can instruct you how to make the necessary repairs yourself. I have repaired many vintage petrol lighters for customers who mailed them to me and I am usually able to provide this service at no cost, with the customer only paying to mail their lighter to me and I pick up the postage going back to them. These arrangements are made on an individual basis and you only need to ask to take advantage. 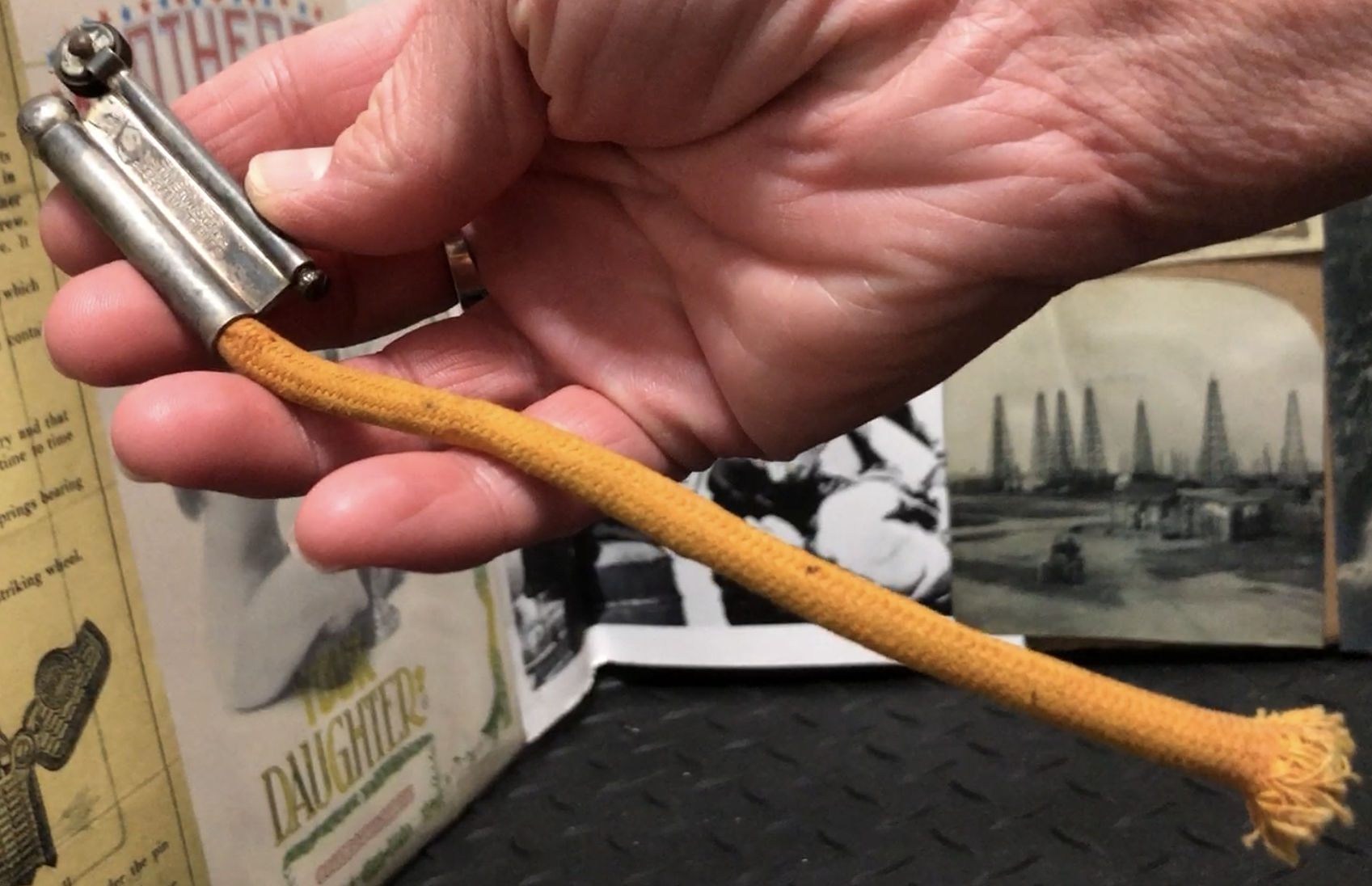 You can join our email list to the right on any page at DependableFlame.com.

Please subscribe to the DependableFlame YouTube channel. We are committed to video documentation of every vintage cigarette lighter that we put back into service.

Please leave any questions or comments you may have about medical marijuana, vintage cigarette lighters or selling on Ebay.

10 thoughts on “Dunhill Windproof Lighter: The Fusee(Rope) Mechanism That Requires No Fuel”